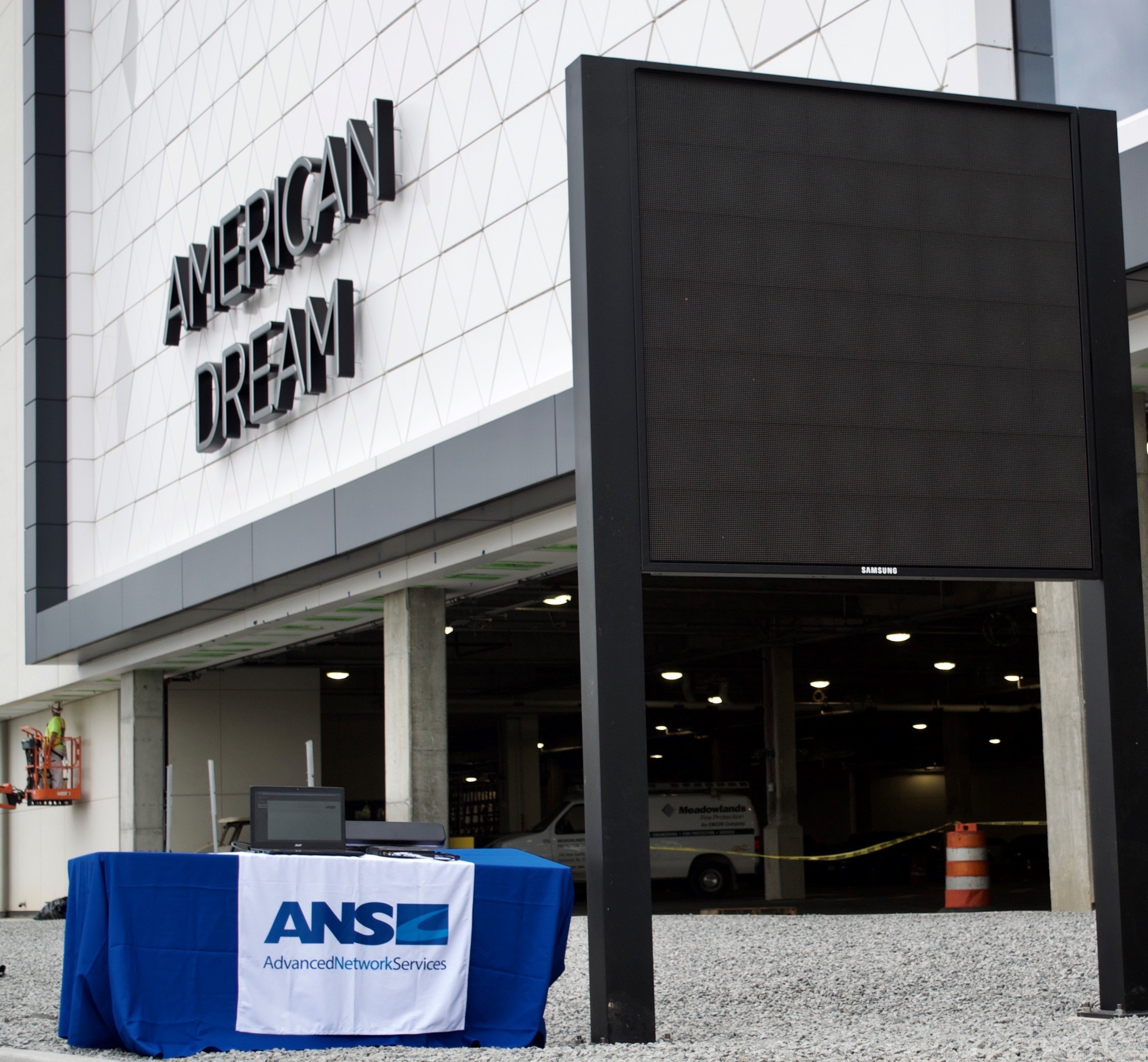 When the massive American Dream retail and entertainment complex opens late October in New Jersey, the expected 40 million annual guests will have superb wireless connectivity thanks to an ambitious new system spearheaded by American Dream with its partners from ANS and JMA Wireless.

The American Dream project is one of the nation’s initial commercial deployments using the Citizens Broadband Radio Service (CBRS) Spectrum and OnGo Ecosystem in the United States, which will play a critical role in enabling an unrivaled guest experience.

The American Dream complex opens in October in East Rutherford, New Jersey. The 3-million square foot development includes space for more than 450 shops, services, and entertainment venues. The development adjoins MetLife Stadium (home to both the New York Jets and the New York Giants), as well as the Meadowlands horse racing track.

Delivering reliable and high-performance wireless service to a venue of this scale and complexity presented a challenge: How to provide the wireless infrastructure to support expansive parking, security, and support for future expanded use technologies without exhausting bandwidth for the venue's millions of visitors?

ANS engineered, integrated, and now operates the system that provides private LTE service for the facility without using any public cell service or WiFi by utilizing parts of the private and dedicated use spectrum, in the new CBRS shared spectrum between 3.55 - 37GHz.

“JMA and ANS helped us realize the potential of owning and deploying our own private network with all the security and control we desired with dedicated spectrum,” says American Dream COO Jeff Sheckter.

Exciting future for CBRS and the telecom industry

The CBRS Spectrum is the radio spectrum between 3550 and 3700 MHz. Historically these bands were used by the U.S. military for radar systems, but in 2015 the government began opening up the frequency band for uses including private LTE wireless networks.

The CBRS Alliance includes many of the largest technology companies in the US, including Google, Intel, Cisco, and all the major cell phone carriers. The Alliance’s OnGo Ecosystem technology is a set of detailed specifications and certifications for LTE networks in the CBRS band. The technology is ideal for in-building applications, public spaces, and industrial IoT.

OnGo Ecosystem technology is positioned to deliver service at a fraction of the cost of traditional LTE networks with the simplicity associated with WiFi networks. The American Dream CBRS system is OnGo certified and one of the first major FCC-authorized commercial deployments.

The exciting opportunities of emerging CBRS technologies include better connected workplaces (5G CBRS networks may one day make WiFi obsolete), IoT connectivity, and public safety. The American Dream project is sure to set the precedent for connecting with, engaging, and delighting customers in new and exciting ways.

ANS is a proud leader in the emerging CBRS space. In July 2018, we received a license from the Federal Communications Service to perform private tests in the CBRS frequencies. For more information about the OnGo Ecosystem, CBRS, private LTE networks, and use cases, get in touch with ANS today.