Brendan Delaney has enjoyed over a 16-year tenure with ANS Advanced Network Services and its parent company, Nextridge. After an internship his career began as the Sales & Marketing Coordinator and progressed through the ranks. As an Account Manager, Brendan managed network infrastructure and tower service customers as well as successfully expanded the tower service offering to the ANS Midwest market. His role as Program Manager of In-Building Services encompassed the launching of ANS’ services to the distributed antenna systems (DAS) and indoor small cell spaces. This included growing the in-house knowledge base, building the engineering and operational teams and growing the customer base to include wireless carrier projects and national enterprise customers. Brendan’s current position, Director of In-Building Wireless, focuses on not only managing current large accounts and projects, but he is also responsible for spear heading and implementing the strategic initiatives of the in-building wireless team and developing new services such as ANS’ private LTE offering and Public Safety systems deployment. Through his career at ANS Brendan has built a consistent track record in meeting company goals while contributing to the growth and successful representation of ANS on the national stage as a top tier in-building wireless service provider. 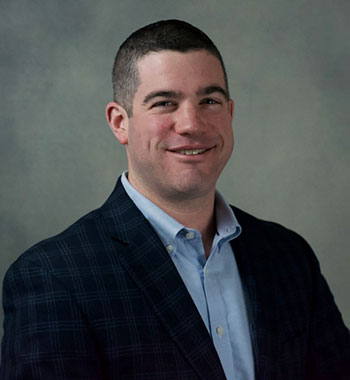 The exciting opportunities of emerging CBRS technologies include better connected workplaces, IoT connectivity, and public safety. Brendan addresses how OnGo Ecosystem technology is positioned to deliver service at a fraction of the cost of traditional LTE networks with the simplicity associated with Wi-Fi networks.

In an emergency where a matter of seconds can mean the difference between life or death, every tool at the first responder’s disposal must be reliable. An In-Building Public Safety Communications System is a wireless communications system supporting the radio systems used by first responders and emergency services personnel to prevent or respond to incidents or situations that pose a threat to people or property. Brendan provides insight on reliable and highly customized public safety in-building solutions based on the everchanging telecommunications environment.

Brenda has been invited to speak at a number of prominent industry conferences, summits, and events. He has lead his thought leadership and expertise to the following:

Want to learn more about having Brendan speak at your next event?